Always look on the Brighton side of life

Year nine spent a week in England (… and someteachersjoinedthem as well)

When 127 students and 8 teachersmet at 4.30 ante (!) meridiemright in front of our schoolsomeof themwere still a littledozy. There was also excitementthough. Brighton – what would it be like?

What did we do during our homestay? Well, this needs to be summarised. On our first day we got to know something about Brighton’s history as a spatown.We learned that George IV loved the heady lifestyle of Brighton, had a disastrousmarriage (poorfellow) and built the rather extravagant Royal Pavillion (poor but rich fellow). We also had to do a quiz about Brighton. Actually, the quizturned out to be fun and we evendared to askutterly foreign English people for someinformation – in English!

The following day we went to London, where we went on a guided bus tour. Our guide was quite funny and informed us about Brexit (he certainlydidn’t like it) and its possibleconsequences. We alsosaw many famoussights, such as Westminster Abbey (old), Tower Bridge (old) and many other well-known buildings (also old). In the afternoon we had an option of three different museums. The Natural History Museum (Darwin!), the Science Museum (Natural science at its best plusreal skeletons!) and the Victoria and Albert Museum (You like art and design? This is your place!).

The dayafter, we aimedreally high. This is why we went up Spinneker Tower in Portsmouth. The tower is 170 meters high and offers a fantasticview. We were lucky to have fantasticvisibility. After that we went to see the HMS Victory, awoodenbattleship on which Lord Nelson fought the famous battle at Trafalgar in 1805. Nelson won the battle but gotseverelywounded and lost his life (Some of us actuallysaw Nelson’s blood stainedtrousers two days later at the Maritime Museum in Kensington).

There must have been many battlesin British history. The next day our bus took us to Hastings, whereanotherfamous battle hadtaken place many, many years ago. We experiencedsomethingcompletely different though, a ratherexentricteaceremony.A funny woman, who talked in a high pitched voice,taught us how to eatsconeswith clottedcream and how to drinkteacorrectly. We reallyhada good laugh and enjoyedourselves(and the scones, of course)!

Not surprisingly, we were quitesadwhen(after a final boat cruise on the river Themse) we entered our bus for the last time on the following day. At first we thought that someone had to be left behind, becausethe hugepacks of crisps Mr Kronberger hadboughttook upso much space. Up to this day, however, no one knows how he made enoughcrispsdisappearwithinseconds to allow all passengers to find a comfortableseat.He certainly is a crispsmagician! Thanks to our excellent bus drivers, we arrived15 hours later,tired, but save and sound at exactlywhere we had left one week before. So what can we say about Brighton and all the other places we hadbeen to? Well, they hadbeenabsolutelyworth it! You shoulddefinitely go there for yourself. 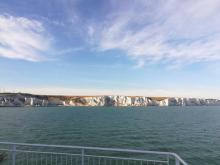 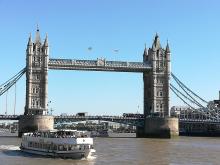 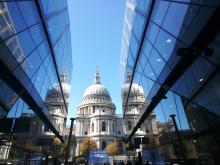 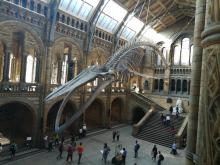 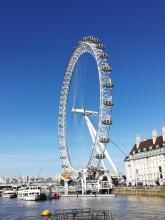 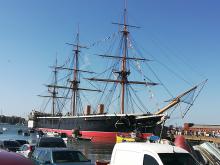